Switch to the dark mode that's kinder on your eyes at night time.

Switch to the light mode that's kinder on your eyes at day time.

Switch to the dark mode that's kinder on your eyes at night time.

Switch to the light mode that's kinder on your eyes at day time.

In the fast-paced world of motorsport, time never stands still. Championships, cars, circuits and the people all come and go, yet, we seldom tend to stand back, scratch the surface and dive deeper into the stories of the people that make the sport what it is today. Personally, knowing the people of the sport helps you unlock a new dimension. A dimension where you can truly understand the effort and emotion that goes into producing the performances and results we often undermine by merely glancing over the timing screen.

The Man Behind Maniti Racing

Recently, I had the pleasure of knowing the story of one certain 19-year old from Germany, who is at the helm of one of the most efficiently run Sim Racing teams of those whose races that I have commentated on. Founded in 2018, Maniti Racing may not have the financial might of the VRS Coandas and Team Redlines of this world, but their approach to the world of Sim Racing and their modus operandi has left me absolutely fascinated. 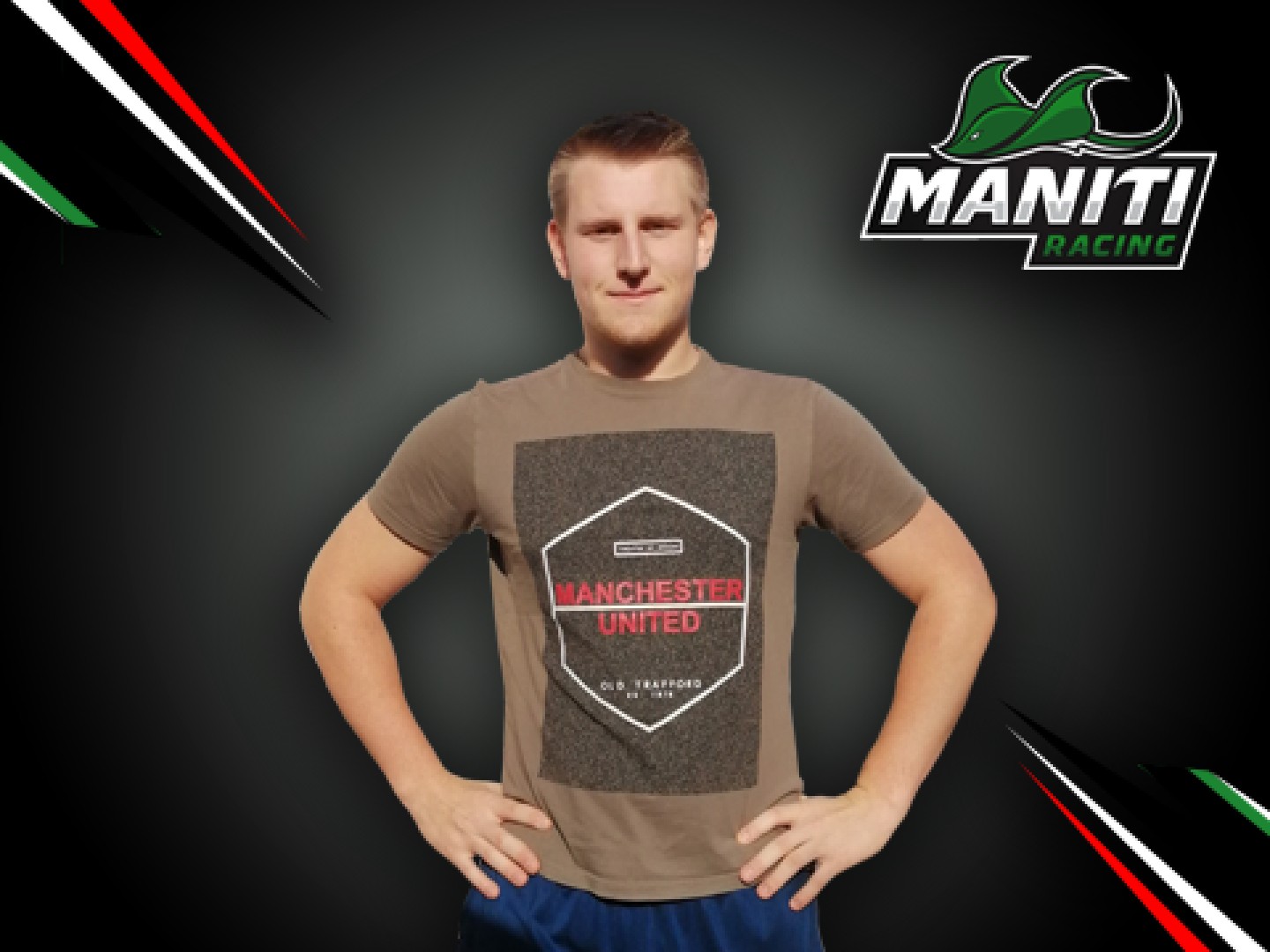 And so, the next thing I knew, I was in conversation with Tim Matzke, the co-founder of Maniti Racing and quite an astute driver himself among other things! What other things you ask? This alone is bound to fascinate you as much as Tim’s vision for Maniti and his mindblowing driving – from being a handball player to a footballer for a decade to coaching junior football teams for years to being an avid chef to training to become a math and physics teacher, Tim Matzke has seen and done a fair bit his time! Yet, at only 19, a long and exciting road still lies ahead.

But what about Maniti Racing? How does Tim, who initially started out playing Gran Tourismo on his Playstation as a kid manage the now 30-man strong team? If there is one thing that I learned from speaking to Tim, it’s that he is a man who focuses more on the atmosphere rather than the formalities. In his many years in the thick of the sporting side of things, Tim has superb insights about what makes people tick and understanding how to get the best performance from everyone, regardless of their talent ceiling, while getting them to have fun!

“There are a lot of teams that hop onto the scene and they bring some money with them through sponsors or through people that know how to run an e-sports business but I was just a seventeen-year-old guy having fun and trying to get others to have fun as well and that’s basically what happened ever since then! Its always been about having a nice atmosphere for people to be in and like that, we just kept getting new members and they didn’t leave!”

The significance of the atmosphere

“Practice is not forced, you want to practice, that is the important thing. There are teams that have a mandatory practice and they pick and practice together. I have played football for ten years and obviously, there you have fixed practice times, usually 2 times a week, one and a half hours and its a different thing though. This is because you have to go somewhere.

“Sim racing can be from home so you can kinda do it whenever. I noticed that when I played football, and it wasn’t professional, I played for two different clubs at the time, I felt that when it got too professional off the pitch, like the talking, the organisation and all that stuff, it became too forced and took away the fun completely. That was also one of the reasons why I stopped playing football. That is why I also want to keep freedom for all our members.”

The difference between the self and the team

An extremely athletic person from the very beginning, Tim has a great idea about how teams work, how to motivate people and crucially, how to provide constructive criticism. Yet, in the world of Sim Racing, Tim isn’t just a manager – a very potent driver in his own right with a penchant for aggressive moves, on the track, the name Tim Matzke is synonymous with intense competition.

However, as the saying goes ‘In motorsport, your teammates are your very first rivals’. How then, does Tim manage out this critical balance of developing the team while not losing out himself? Here’s what Tim has to say!

“For me, to be honest, its just more important to see Maniti cars at the front so it doesn’t really matter who it is. Like, in the PorscheSport Carrera Cup, we had three drivers, Yoep and Yvo next to me. Yoep has joined us early on this year and he’s been improving constantly since then and he’s been closing the gap the whole time and its nice to see. I don’t mind if he beats me in the race – I would be happy for him, so there is no holding back.

“In the end, what makes iRacing and Sim Racing so special for me is the team. I have played handball when I was young and then 10 years of football and those are all team games and I am so used to working in a team that looking at only myself is not even an option.”

“When a 3k driver reaches his limit, it is not worse than if Joshua Rogers wins a PESC race! That’s just what he has inside of him, he is just so naturally talented and he spends a lot of time because it is his job. But if a 3k driver, who has a job, spends his time next to it practicing, it is just as big of an achievement for him as it would be for Rogers winning PESC. We make sure that we value that; we make sure that the driver who got the achievement feels valued in the end!”

What’s next for Tim Matzke and Maniti Racing?

For Tim Matzke, leadership is something that comes naturally to him. He holds teaching people and helping them achieve their potential, be it in handball, football or Sim Racing very close to his heart and perhaps that is the reason for Maniti Racing’s continued success in their short time span. But what is next for Tim? What does the co-founder of Maniti Racing and a huge Manchester United fan have in store next?

“I am studying to be a teacher of math and science! I am still only in the first year and its a five year course, so still its a long time away!  I have always done something apart from Sim Racing! In the end, I just want to show what Maniti is capable of doing, just extend the brand a little bit so that more people get to know it. in the end, for me it is to enjoy what you are doing, to have fun.”

With the upcoming seasons of the NEO Endurance and SCO starting rather soon, the Maniti Racing plate appears to be full, with multiple exciting challenges on the cards and Tim Matzke right in the middle of it all. Be it as a driver or a team manager, Matzke’s modus operandi and unique approach is what makes him stand out in each aspect. What does the future hold for him and Maniti Racing? Only time will tell!

Get the best viral stories straight into your inbox!

Don’t miss out on new posts

This website is unofficial and is not associated in any way with the Formula One group of companies. F1, FORMULA ONE, FORMULA 1, FIA FORMULA ONE WORLD CHAMPIONSHIP, GRAND PRIX and related marks are trade marks of Formula One Licensing B.V.

Back to Top
Close

Your password reset link appears to be invalid or expired.

To use social login you have to agree with the storage and handling of your data by this website. %privacy_policy%

Hey Friend! Before You Go…

Get the best viral stories straight into your inbox before everyone else!

Get the best viral stories straight into your inbox!